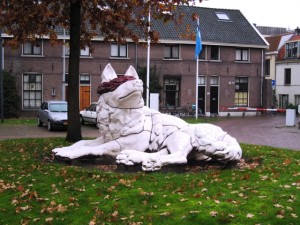 The wolf is not always a feared and hated creature. In the medieval village of Utrecht, Netherlands the symbol of justice is the wolf.

The courtyard of the criminal justice center displays a magnificent statue of a blindfolded white wolf. Why the blindfold? Because as the saying goes “justice is blind”. This is done in order to indicate that justice is (or should be) meted out objectively, without fear or favor, regardless of identity, money, power, or weakness. 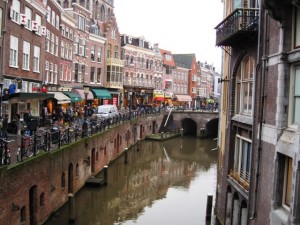 The irony is that today in America we are struggling to treat the wolf in this same frame of context and blind objectivity.

Utrecht was created almost 2,000 years ago by the occupying Roman army. The Romans introduced many cultural changes and advancements. They were ultimately “run out of town” by the invading germanic tribes.