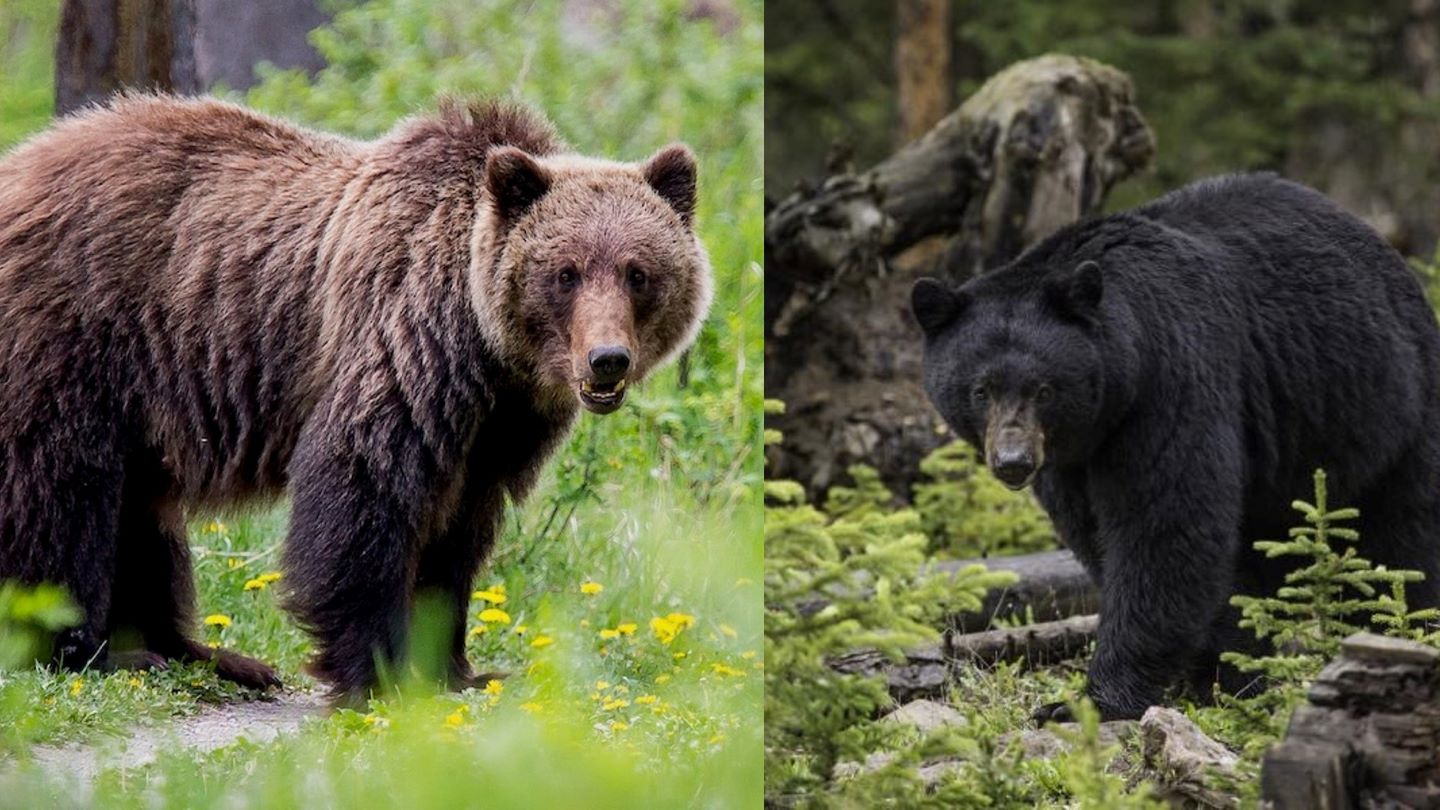 Black bears are not always black. They can be brown, cinnamon, blond, white (e.g. the Kermode or Spirit bear) and even a bluish-gray (e.g. the Glacier bear). The latter two colors are rare: spirit bears are found on the central coast of British Columbia, and the Glacier bear is only found in Alaska’s Yakutat Bay region.

Approximately 97 percent of black bears in the north east are actually black. The central states also have predominately black, black bears. The western states have the most variety of color phases, with half being brown (remember this when you see a brown-colored bear – it may not be a brown (grizzly) bear!).

Adult male black bears weigh approximately 250 pounds while adult females weigh an average of 140 pounds. Yearlings are 60-75 pounds. Adults range from 5 to 6 feet long and are 2 to 3 feet tall at the shoulder.

White black bear with black cub. Black bears come in a wide variety of colors, from black to creamy white.

Grizzly bears are the second largest bear in North America after the polar bear. In the lower 48 States the average weight of a grizzly bear is generally 400 to 600 pounds for males and 250 to 350 pounds for females.

The name “grizzly” is derived from the bear’s pale-color tipped guard hairs. This long, course outer hair forms a protective layer over the soft underfur. The overall coloration of grizzly bear fur varies from light brown to nearly black, and is influenced by nutrition, coat condition, spring shedding and new growth.

Grizzly bears have long claws, which they use mainly for digging roots. Grizzly bears can be distinguished from black bears by their concave face, distinct shoulder hump, short rounded ears and longer, curved claws.

The grizzly’s thick fur varies from light brown to nearly black and is sometimes “frosty” looking, hence the names “grizzly” or “silvertip.”