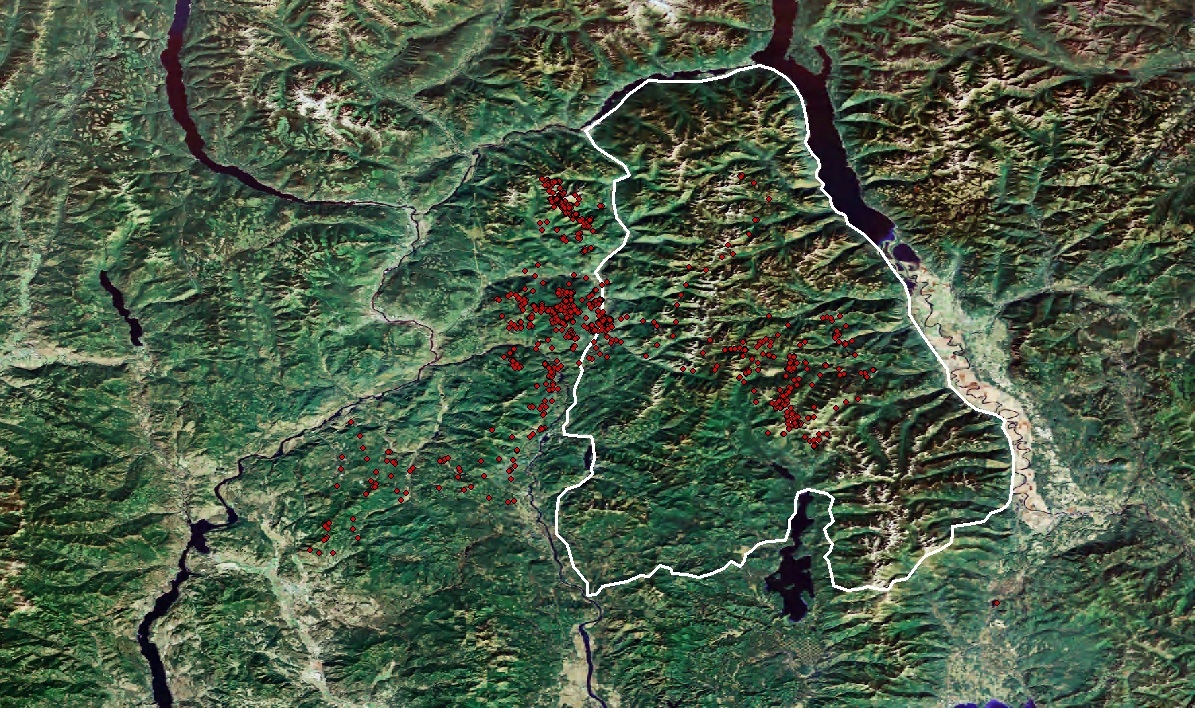 Movements of a radio collared sub adult female grizzly bear. Bear was captured near McArthur Lake north of Sandpoint, Idaho. She was outfitted with a GPS radio collar and released north of Priest Lake, Idaho. The red dots on the map are her locations, the white line is the Selkirk recovery zone boundary. The international border is approximately in the center of the photo from east to west. Note: her movements during the several months while she was wearing the radio collar. She eventually dropped her collar in British Columbia later in the year. Also note her westward movement to the Columbia River north of Collvile, Washington, which is well outside of the recovery zone. Also, an interesting note is that movements such as this are not totally unexpected for a subadult grizzly bears which have recently been separated from their mother, but such movements for a subadult female where unexpected. It is commonly thought that a subadult female grizzly once separated from the mother will tend to establish her new home range within or near the maternal home range. This is new information and very informative and shows the wide range and travels of some bears as the seek out their own home range. This information was presented at the IGBC subcommittee meeting this past December