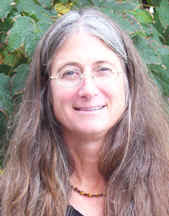 I’m in the midst of a move back to Northern California after 21 years of living and working in Northwest Washington. It’s been raining here continuously for 10 days, and while the vegetation outside my home office is different enough to cause me to take pause and notice — oaks, redwoods, bay laurel, manzanita and madrones –– the weather has been highly reminiscent of Western Washington. So much for sunny California!

I recently picked up the book, California Grizzly, by Tracy Storer and Lloyd Tevis Jr, published originally in 1955. I’ve always been curious about the history of grizzly bears in California, in part because of the constant reminder of their former presence on the State’s flag.

It’s estimated that there were 10,000 grizzly bears in California. Nearly all the state was traversed by grizzly bears — from the Trinity Range to the Modoc Plateau at the northern end of the state, the Sacramento and San Joaquin Valleys, the Sierra, San Jacinto and San Bernadino Mountain Ranges, the coastal areas and coast ranges, and spanning south into San Diego County and across the border into Mexico. Only the deserts were uninhabited.

The story of the reduction in numbers and extirpation of grizzly bears in California is not dissimilar from their trajectory in other parts of their range in lower 48 states, Canada and Alaska, and on other continents. Almost everywhere grizzlies have existed they have been pushed out of their ideal habitats in more open country, where food sources are plentiful, to the mountains that are less desirable to humans for development, and for growing crops and livestock. As European human presence increased in California, a marked increase in grizzly bears were killed, and numbers were greatly reduced. By the 1880s grizzlies were nearly extirpated from California’s lowlands and were found primarily in the hilly and mountainous areas of the state. The last grizzlies were eradicated from the state in the 1920s.

Native Americans in California did not keep written records of grizzly bear interactions. However bears occupy an important place in Native American cultural and spiritual identity, spanning thousands of years before the arrival of Europeans. The first written documentation of the presence of the bears are found in the journals of the early Spanish explorers. In 1769, at the site of San Luis Obispo, the Portola expedition saw “troops of bears” and found the land excavated where the animals had been grubbing for roots. The records of John Bidwell document seeing 16 grizzly bears in one “drove” in the Sacramento Valley in 1841, and stated that “grizzly bear were almost an hourly sight, in the vicinity of the streams, and it was not uncommon to see thirty to forty a day.”

The history of grizzly bears in California is punctuated by the influence of the Spanish explorers who lassoed and killed grizzlies for sport using their lariats, or reatas made of four-strand rawhide, from the backs of their horses. The Spanish also staged fights between grizzlies and bulls during fiestas and on feast days at the missions and presidios. Bear and bull fights were a carry-over from the same practices in Spain, and these staged fights drew attendees from great distances.

I’m living at the moment in the far southwest corner of Lake County, about 10 miles from the Mendocino and Sonoma County lines and just a few miles further from the Napa County line. About 30 miles northwest of here, near the tiny town of Boonville, where in 1988 I student taught while attending graduate school at UC Davis, is a peak named Grizzly Peak. And about 15 miles northeast of here, not too far from Clear Lake, in a scattered oak woodland area baked by the blazing summer sun, is another Grizzly Peak. The grizzly’s name marks nearly 200 place names designating topographic features, waters and settlements in California.

The last chapter of the book addresses the role of the grizzly bear as an emblem of California’s early history and exploration. It’s hard to miss the bear’s presence on the California State flag, and I’m always struck by the irony of the fact that grizzly bears are now extirpated from a state that displays the bear so prominently on it’s flag.

I’ve enjoyed my time working with the Grizzly Bear Outreach Project. It has been an enriching experience for me and I hope that my efforts have helped to support increased awareness and knowledge of bears and other wildlife species, as well as ways that we can all successfully coexist in a respectful way with our wild neighbors.