I had the opportunity to interview David Moskowitz last month while he was here in the Methow Valley working on his new book “Wolves of the Pacific Northwest”. David, a professional wildlife tracker, photographer, and outdoor educator, has been studying wildlife and tracking in the pacific northwest since 1995. I asked him about the scope of the book and what we could look forward to.

To that he responded with: “The range of my new book is similar to my field guide. What I took for the premise of both of these books is Washington and Oregon being the core of the Pacific Northwest, and northern California, southern B.C. and the Selkirks are peripheral areas. I am really curious what wolves will be like in the North Cascades compared to the deserts of Oregon. There is this great case study of looking at the biology of one animal and how it adapts to different environments and how the human elements of those different environments play into it.”

GBOP: What are two key things people should know about wolves?

David:  Number one, wolves are just animals on the landscape. They can get made into these super-animals or super-villains. Wolves are a highly interactive species so they do get their paws, so to speak, in lots of parts of the natural world. But, they’re just another part of the landscape. The amount of hype we give them is as much as we want to. Secondly, humans and wolves have a very large history. Ever since humans have been in the northern hemisphere we have been having interactions with wolves one way or another. The affinity, fear, hatred, love goes way back. While it seems novel here in the northwest we are really just relearning how to live with wolves.

Look for more from David as he continues the research for his book. 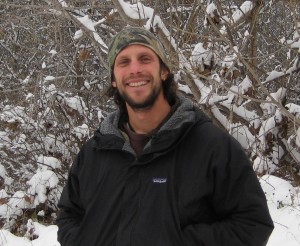 Wildlife of the Pacific Northwest available for purchase through David’s website at: http://www.davidmoskowitz.net/Other/Field-Guide/9394156_jbtKf