Black bears and grizzlies are an important part of our state’s natural heritage. Today, Washington has one of the healthiest black bear populations in the U.S.  It is also one of just five states in the lower 48 still wild enough for a small number of federally-listed threatened grizzly bears.

Recognizing the value of bears and the need to educate the public on how to live and recreate safely with them, Governor Christine Gregoire recently declared May 20-26 “Bear Awareness Week.”  Among other points, the Governor’s proclamation notes, “Whereas, by educating the public on the ecology, behavior, and conservation of bears, it is possible for people and bears to coexist peacefully…” 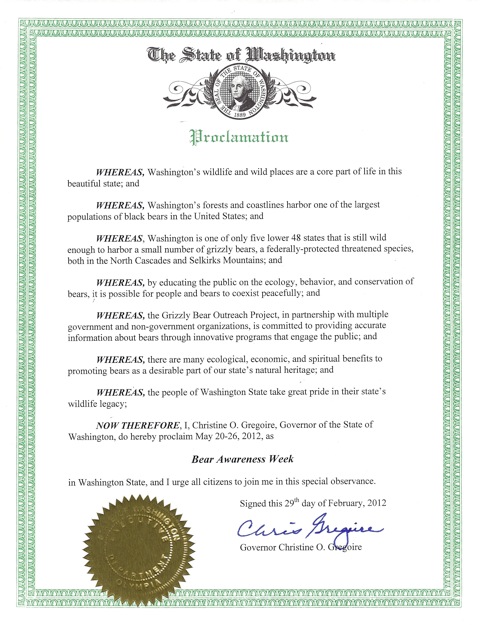 One thought on “Governor Gregoire Declares May 20-26, 2012 Bear Awareness Week”