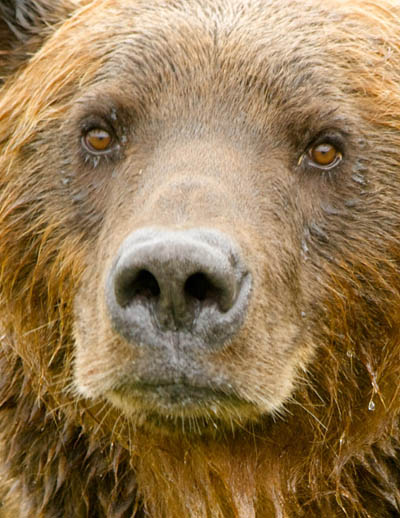 Since prehistoric times, grizzly bears have been an integral part of the natural heritage of the West. Before the arrival of Europeans to North America, grizzly bear populations were thriving in all western U.S. states and south into Mexico. In the lower 48 states alone it is estimated that there were 50,000 – 100,000 grizzly bears when Lewis and Clark were exploring the west.

In the last century, the grizzly bear population in the lower 48 states had dropped to just over 1,000 individuals, and they have lost 98% of their original habitat. Washington State has lost all but a remnant few in the North Cascades and Selkirk Mountains.  Because of this decline, they were listed as “threatened” under the federal Endangered Species Act in 1975. Recent robust and effective grizzly bear recovery efforts lead by the US Fish and Wildlife Service and coordinated by the Interagency Grizzly Bear Committee (IGBC) under the Endangered Species Act (ESA) have doubled these grizzly bear numbers to an estimated 2,000 animals in Montana and Wyoming by June, 2015.

The Grizzly Bear Outreach Project (now Western Wildlife Outreach) works with communities in the North Cascades and Selkirk Mountains to educate residents about;

If you would like a presentation on grizzly bears in Washington or  Northeast Idaho please contact us.