Many of Washington’s residents are thrilled to see that our native gray wolf population is showing signs of recovering and expanding their range. For the most part, it has been a peaceful return and the wolves are finding natural prey and keeping away from humans. But what should we do when ranchers in remote areas find predation has occurred on their animals as was reported to occur at a ranch in “The Wedge,”  an area of recent wolf activity in Stevens County near the Canadian border between the Columbia and Kettle Rivers, the same area occupied by Washington’s newest wolf pack?  Even though wolf recovery is very popular with a majority of Washington residents, Washington Department of Fish and Wildlife has a fine line to walk in implementing the State’s new Wolf Conservation and Management Plan adopted by the State’s Fish and Wildlife Commission and the Department last December. Local staff from the Grizzly Bear Outreach Project who live and work in the ranching communities will be listening to concerns voiced by the community and cooperating in efforts to find enduring solutions.  The story below from the Seattle Times discusses Washington’s newest wolf pack–one they will be monitoring now that they have collared an adult male. Department personnel hope that non-lethal means can be employed to harass any wolves approaching livestock.  However,  one Stevens County rancher has been issued a kill permit if he sees a wolf approaching or harming his cattle.  For more information on the Wolf Conservation and Management Plan, please visit http://wdfw.wa.gov/conservation/gray_wolf/ or our own information at  http://westernwildlife.org/gray_wolf/gray-wolf-canis-lupus/ 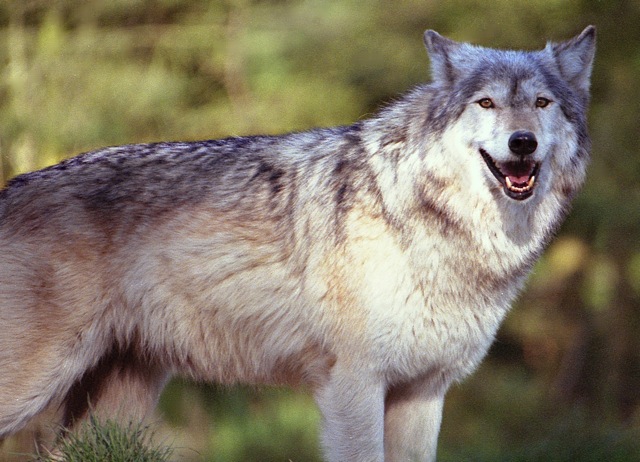 SPOKANE, Wash. —
Wash. wildlife officials: 8th wolf pack confirmed
seattletimes.nwsource.com
Washington Fish and Wildlife officials say they’ve confirmed an eighth wolf pack in the state.  An adult wolf believed to be the pack’s alpha male and a pup were caught Monday in northwestern Stevens County near the Canadian border. The adult got a monitoring collar and the pup got an ear tag.

Wildlife officials say this is being called the “Wedge” pack, named for the wedge-shaped part of Stevens County between the Kettle River and the Columbia River.

Just last month, officials said the agency had confirmed a seventh Washington wolf pack, this one in southern Stevens County, north of the Spokane Indian Reservation. They’re calling that one the Huckleberry pack.