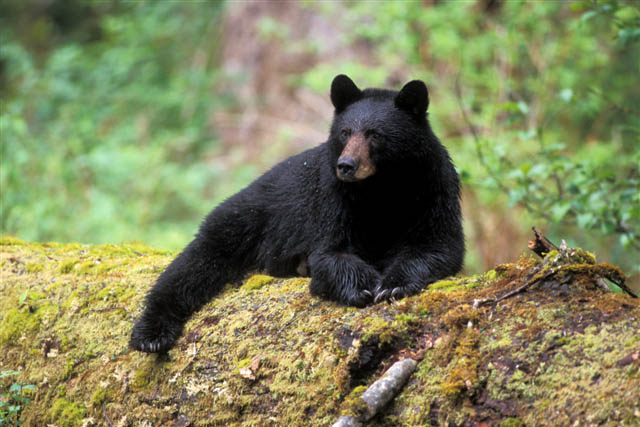 There are more American black bears in the world than all other bears on earth combined. Their overall population is nearly 1 million individuals. They are found across the North American continent, where they inhabit 32 of the 50 states and 11 of the 12 Canadian provinces. There are as many as 25,000 black bears in Washington and another 20,000 in Idaho. People are much more likely to encounter a black bear than a grizzly bear in these states.

The ancestors of today’s black bear came across the Bering Land Bridge from Asia more than 3 million years ago.  And by 500,000 years ago, the modern form of black bear was a part of the North American landscape.

Black bears have been able to thrive on the same continent as grizzly bears in part by using different habitats. Being smaller, black bears require less food to survive and therefore can survive in areas where resources are less abundant.

Black bears and Native Americans have co-existed in North America for thousands of years. Some tribes would not eat bears, feeling that the bears were their ancestors. The Yavapai people considered bears as humans and would therefore not hunt them.  Bears have also long been an important part of Native American rituals and celebrations.  It became the custom of many Native Americans to ask forgiveness from the spirit of hunted bears, and to offer prayer through dance to deter other bears from attacking in retribution.

If you would like a presentation on black bears and live in Washington or Northeast Idaho,  please contact us.